Web page uses cookies for better user experience and to monitor visitors’ statistics. By continuing to use the web site or choosing the »Continue« button you agree to the use of cookies. If you disagree please choose Cookie policy and deactivate cookies by clicking link »Deactivate«.

Members of the supervisory board who help realise our vision.

In accordance with DARS d.d. corporate charter, the board consists of nine members, three of whom are elected by the employees and act as their representatives. Six members are appointed by the general assembly; as the Republic of Slovenia is the sole shareholder, the Slovenian Sovereign Holding (Slovenski državni holding) is authorised to perform the assembly duty. Members hold a four-year mandate starting with the date of their appointment. 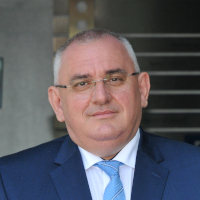 President of the Supervisory board

Deputy President of the Supervisory board 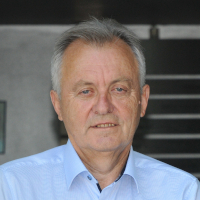 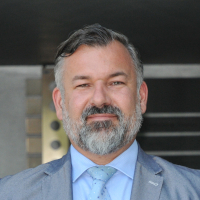 Jože Oberstar graduated in 1997 from the Faculty of Law in Ljubljana. He is the founder of the Oberstar Law Office. He has more than 20 years of work experience, 13 of which in the private sector and the last 11 years in attorneyship. He boasts of a wealth of long-term experience in managing complex trade disputes at courts of justice. He has also actively participated in the restructuring and reorganisation of companies and holding companies. He is a lawyer with valuable experience in his field of expertise. After many years of working in the private sector (he managed the legal office and was deputy director for legal and staffing affairs in a major construction holding) and public administration (in the Office of the Minister for Internal Affairs - European Affairs Service), he became a lawyer in one of the largest law firms in Slovenia, where he also acted as an advisor to the management board for trade affairs. He lectures and provides advisory services to several companies. As of October 2015, he has been the owner of the Slovenian Directors' Association certificate, where he is also an active member. He is a member of several supervisory boards. In 2016 he became a member of the management board at the British-Slovenian Chamber of Commerce.

Jožef Zimšek graduated in 1974 from the Faculty of Civil and Geodetic Engineering, effectively becoming a civil engineer. He began his career path as the designer of roads and urban infrastructure at the Celje Development Centre, after which he assumed the role of Director at the Institute for Planning and Construction of the Municipality of Celje. Prior to the adoption of the local legislation, he became the last chairman of the Executive Council of the Municipality of Celje, and the first mayor of the Municipality of Celje following the adoption of the Local Self-Government Act. Between 2001 and 2010 he was employed by DARS d.d. where he took on the role of deputy chairman and advisor of the management board. He has considerable knowledge in the infrastructure area. He is currently working in the supervisory board of AMZS.

Martin Stožir, MSc, logistics engineer, was born in 1983. In 2015, he graduated from the Faculty of Logistics at the University of Maribor, with his thesis titled Reorganization of thermal heating system in the ACB Vransko. In 2018, he successfully completed his Master’s degree programme with a thesis titled The integration of renewable energy sources in ACB Vransko for bigger self-sufficiency. Since 2007, he has been a full-time employee at DARS d.d., working as a "driver technician" at the Vransko motorway base. He became a foreman there in 2019. He has been a member of the Works Council since 2012, now serving his third term. During his service, he has also received a certificate on the topic Basics of the worker co-management system and content of the work of the works council. In 2020, he was elected Chairman of the DARS d.d. Works Council. He has also been serving as a member of the team responsible for machine washing tunnels on the entire Slovenian motorway and expressway network. All throughout, he has been characterised by his diligent and responsible work performed within the company, and especially his respectful attitude towards all employees.