Web page uses cookies for better user experience and to monitor visitors’ statistics. By continuing to use the web site or choosing the »Continue« button you agree to the use of cookies. If you disagree please choose Cookie policy and deactivate cookies by clicking link »Deactivate«.

Members of the management and supervisory boards who help realise our vision.

The DARS d.d. management board members are appointed and dismissed by the supervisory board of DARS d.d. in accordance with the company charter. One of the members (the labour manager) is suggested by the works council and approved by the supervisory board. The board with a five-year term consists of five members at most (in accordance with the charter). Currently the management board members are: 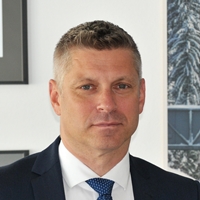 President of the Management Board (since 10 July 2020) 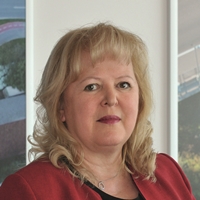 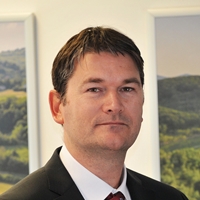 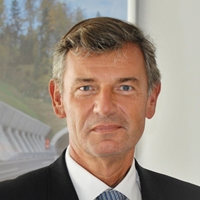 Member of the Management Board/Labour Manager (since 9 May 2019)

Rožle Podboršek (born in 1974) graduated in 2000 at the Faculty of Law in Ljubljana. He was employed in the legal department of DARS d.d. as of 2007, which he occasionally managed as well. He received recognition for his committed work and for achieving above-average results. His work in the company also comprised of managing a special committee, which found suspicions of corruption, and membership of several project groups, including the group for the selection of service providers for the Markovec tunnel, the establishment of the new electronic tolling system, and in the area of protection of personal data. Since 2012 he was a member of the labour representative, since 2014 he has been a member of the supervisory board. After completing his military service, he served as a member of the contractual reserves of the Slovenian army, where he currently holds the rank of Lieutenant, tasked for various officer duties. He is characterised by a sense of justice, social and workers' rights, empathy, and zero tolerance towards corruption.